The Lord has blessed Monica and I (21 years of marriage) with three sons: Josiah, Justus and Jonathan. I have been pastoring at The Well since 2010, and I can’t imagine a better church family than what God has appointed for me. I love all things Jonathan Edwards, and nearly everything I can get my hands on by the Puritans. But most of all I love Jesus Christ who has won my heart for eternity through His blood and righteousness.

Jason grew up in Southern California where he met and married his wife Bridget of 28 years. They moved to the Treasure Valley in 2006. They were blessed with twin sons, Wyatt & Tucker, a daughter, Ellie and recently a daughter-in-law, Emily. Their family began attending The Well in 2011 and Jason has been serving as a pastor since 2016.  He is bi-vocational pastor, also working as a general contractor and cabinet maker. He does spend some summers commercial fishing along the Oregon Coast. Jason’s greatest passion is God and Him glorified. He has a heart for the youth at The Well and loves seeing them connect the dots as they grow in their theology. Fun fact: Jason’s greatest weakness is replying to emails. Shawn was born and raised in San Diego, and moved to Boise in 2010. Shortly after moving to Boise he became a member of The Well in 2011. In 2016 he became a pastor at The Well and has been incredibly blessed by the work God has called him too. He is a bi-vocational pastor also working as a firefighter. Shawn is married to his amazing wife Kelly and they have three kiddos (1 boy, 2 girls): Bryson, Amaya, and Kaitlyn. They also love fellowshipping with their brothers and sister in the church, reading, camping and spending time together as a family. 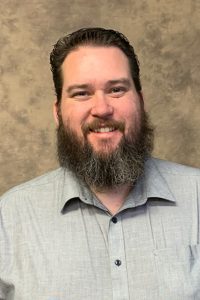 Luke has lived in Boise most of his life and has been a pastor at The Well since 2020. He has been married to his wife Stephanie since 2013.  They have one daughter. Luke loves preaching the word and often provides pulpit relief when Josh is out. He is also a bi-vocational pastor working as a painter throughout the week. He loves to read the writings of Charles Spurgeon and enjoys talking about and studying the Confessions.

God makes much of himself through redeeming wretches like me! God saved me from the wages of my sin nearly 2000 years ago, but it wasn’t until the summer between my freshman and sophomore years in college that my eyes were opened to this precious reality. Life as a Christian is simultaneously the most difficult and joyful thing imaginable. After serving in the U.S. Navy for about 10 years, God called me to pursue theological training at Puritan Reformed Theological Seminary (still in progress). It has been my joy to serve as an elder at The Well since June 2021. My dear wife Damaris and my two children, Daniel and Sarah, are gifts from God who I treasure. I cannot wait to be perfectly glorifying and enjoying my Lord in heavenly, eternal bliss! 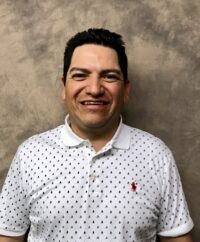